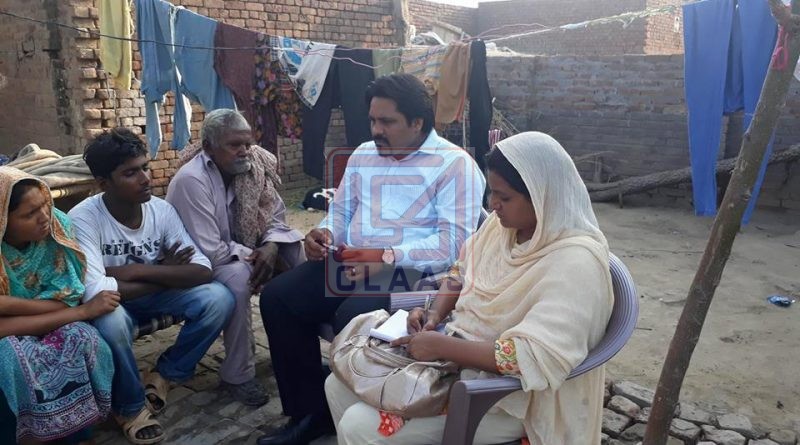 A Christian teenage Asif 16 s/o Stephen was arrested and imprisoned in Gujranwala Jail under the accusation of blasphemy as he was allegedly involved to burn the pages of the Holy Quran. On August 12, 2017 a case FIR No. 293/17, offence under section 295- B of the Pakistan Penal Code (PPC) was registered against him in the police station Ali Pur Chatha District Gujranwala on the complain of Arshad Ali s/o Muhammad Ashfaq r/o Jamkey Chatha Tehsil Wazirabad District Gujranwala. The complainant of this FIR is Imam of the Mosque and he is not even the eyewitness.  The local media highlighted this incident. 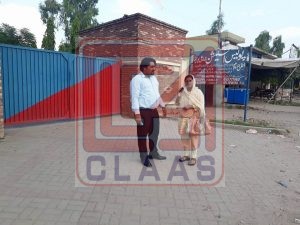 On 22nd August 2017, CLAAS team went to Gujranwala and visited the concerned police station and collected FIR. Team met with Mr. Parvaiz Sub Inspector, Investigation Officer (IO) of this case at police post, Jamkey Chattha who shared that he was informed by someone about the incident on August 12, 2017 in the evening at about 7: 00 p.m. and he immediately reached at the place of occurrence along with other police officials. A mob was gathered there who was consisting of some religious organizations and local people. The eyewitnesses caught Asif and they all wanted to beat him but police controlled the situation. The IO immediately took him in the police station Ali Pur Chatha and Asif confessed his crime that he burnt the Holy pages of Quran. The mob was also gathered outside of the police station and wanted to punish him. The police shifted him to another police station for his safety and next day on 13th August 2017 sent him in judicial lockup at Gujranwala Jail.  He further shared that the incident happened near a shrine outside of the local graveyard of Muslims at about 12: 00 p.m. afternoon while police was informed in the evening. He had been caught by the eyewitnesses while was burning the pages of Quran, now the holy pages are in the police custody. The police officer did not share the names of eyewitnesses.  The police official also declared that they did not find any sources linked to this incident.

CLAAS team also visited Asif’s house and met with his siblings and grandfather namely Younis Masih Dawood while at that time his parents were not present at the home. Asif has three sisters and one brother name Mujahid (19), Kajal (18), Iram (15) and Kiran (12). They are very poor and living in a small house at Reham Pura Colony Jamkey Chatha since 22 or 23 year where only 50 Christian families are living among the above than 100 Muslim families. There is only one Catholic Church for worship.

According to the facts Asif and his elder brother Mujahid are mentally disable (they look like adult but act as child) and they all are illiterate. Asif’s father Stephen is a field laborer and is working with a landlord, Chaudhry Iqbal Sandhu while mother Parveen is a house maid. Asif did not obey his parents and often spent his time out of house.

Family claimed that the incident was happened in 24th of July 2017 and Asif was not involved in this matter. They shared that a local Muslim namely Majoo Mahchi who has been selling out  the corn in their area and on 24th of July 2017 he took the burnt pages of Quran along with him and informed to the local Muslims but at that time no one took any legal action against it. Later on August 12, 2017 the Muslim mob gathered in the area and they blamed that Asif burnt these papers. They beat him and forced him to confess that he had burnt the pages. So, due to the pressure of the mob he confessed that crime, which he did not commit.  CLAAS asked them about any litigation of the family with the local Muslims but they have no complain against any one.   CLAAS asked the family for any legal assistance and help in this matter.

After that CLAAS team met with some local people and asked them about the incident.  The people, who were not familiar with team, shared the same facts according to the police investigation that why it is hard to know the real facts behind of this incident until Aisf disclose the real facts.   At present Asif is confined in the jail and his family is living in the same place.