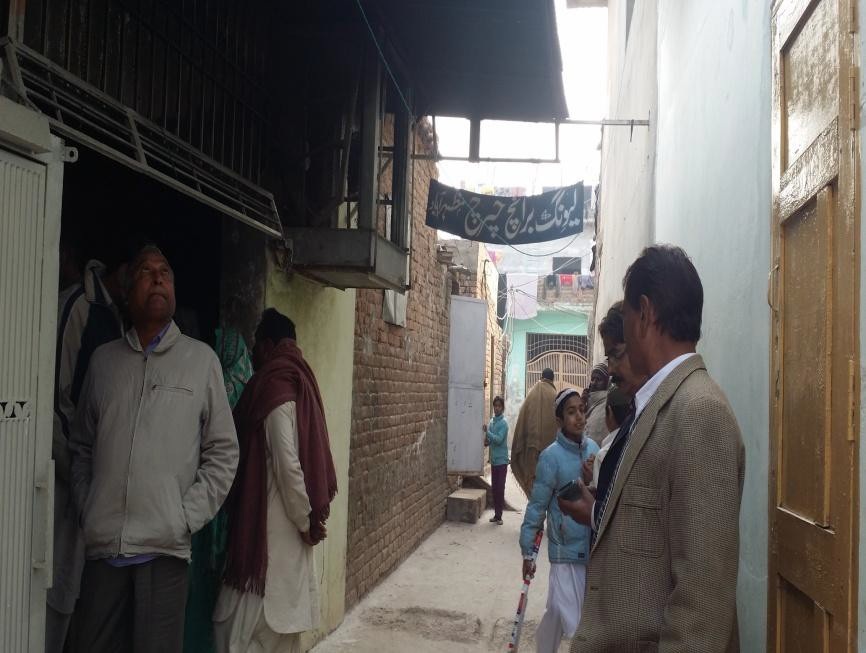 Mazharabad is an area adjacent to Chaklala Cantt, populated with 300 to 400 Christian families  among  the  majority  of Muslim. There are two independent Churches in this small town Living Branch Church and Pur Fazal Kalisiyah (Blessed Community) Church, both Churched are surrounded by Christian residents.

Living Branch Church was decorated for Christmas and New Year Celebrations; the community was happy and busy in Services and Christmas programs but on December 29, 2014, at about 02:30 a.m. (mid night) there was fire in the Church surprisingly. CLAAS team met area people and also the Pastor of the Church for the investigation of the incident and to record the statements of the locals. 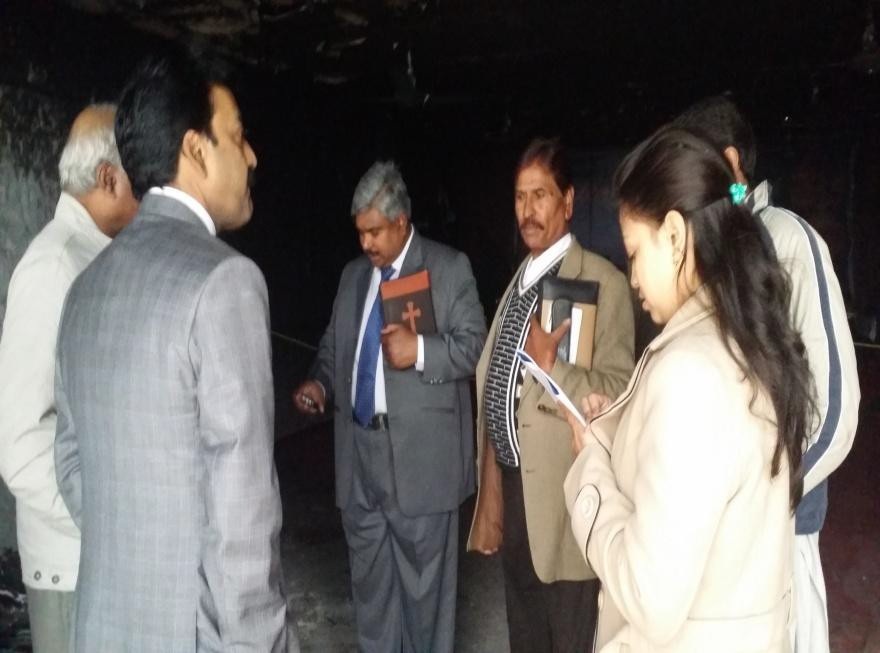 Talking to CLAAS, Pastor Tariq Masih informed that he established this church in 2006 independently. He purchased the land and built this church by self help and with the small contribution of local Christian community. He said that it is unexpected that the Church was burnt because according to him the area people even the Muslims love to come to the church to attend meetings and healing prayers. But this incident made the local Christians worried. He also added that in 2012 there was robbery in the Pur Fazal Kalisiyah Church and music instruments, laud speakers and mikes were stolen. Pastor of the church reported the matter in the police station but the police did not act seriously, no investigation of the case, even the FIR was not registered. 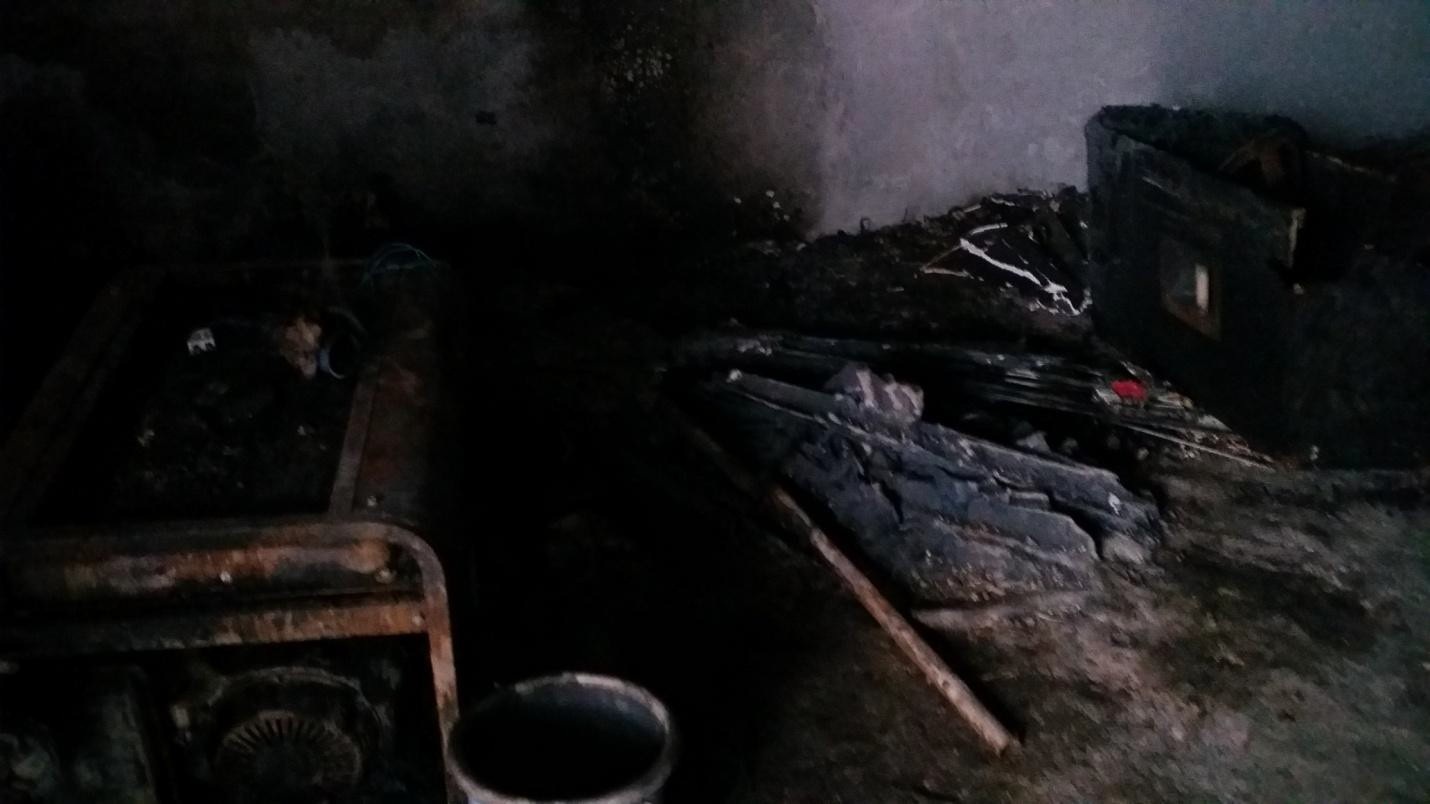 Pastor Tariq and other locals shared that some people says that it was a short circuit in the Church which caused to give fire to the Church. But the Pastor and the Church members pointed out that it was not a short circuit which burnt the church but they said that someone intentionally burnt the church. Pastor Tariq informed CLAAS that Police is not cooperating and it was about a week that they delaying the registration of case FIR as the Police took some sample from the church i.e clock and a piece of chair for the chemical examine in Forensic Lab, police is waiting for the results and then they will register the case. Pastor and the community members are worried as there is no eye witness of this incident. Pastor Tariq Masih also shared that after incident at about 5:00 a.m. police came and presently they did not cooperating with them and delaying FIR whereas they have been given application against unknown persons. Pastor Tariq also shared with CLAAS that 10,000,00 (Ten Hundred Thousand) estimate to rebuild the church again. Mr. Joseph promised with Pastor Tariq that CLAAS will help the church with 1 Lakh (1 hundred thousand rupees) to rebuild the church. 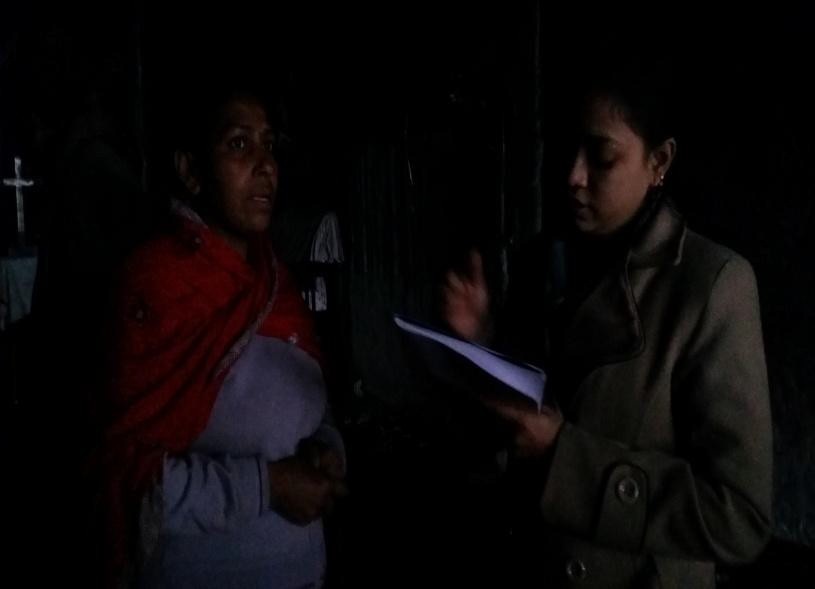 She lives in the neighborhood. She said that it was about 02:30 a. m. when she heard some noise in the church. She informed CLAAS team that she felt  smell  like something burning, she noticed some smoke spreading over the church building and around, According to her when she went out from her room she saw heavy smoke over the Living Branch Church, it was burning. She shouted and informed area people about the fire in the church, the locals called upon Fire Brigade and at emergency helpline number 1122, but no one came to help. Then the people started throwing water on the church building to chow down the fire. After an hour they were succeed to turn off the fire but the Church was completely burnt and everything changed into ashes. 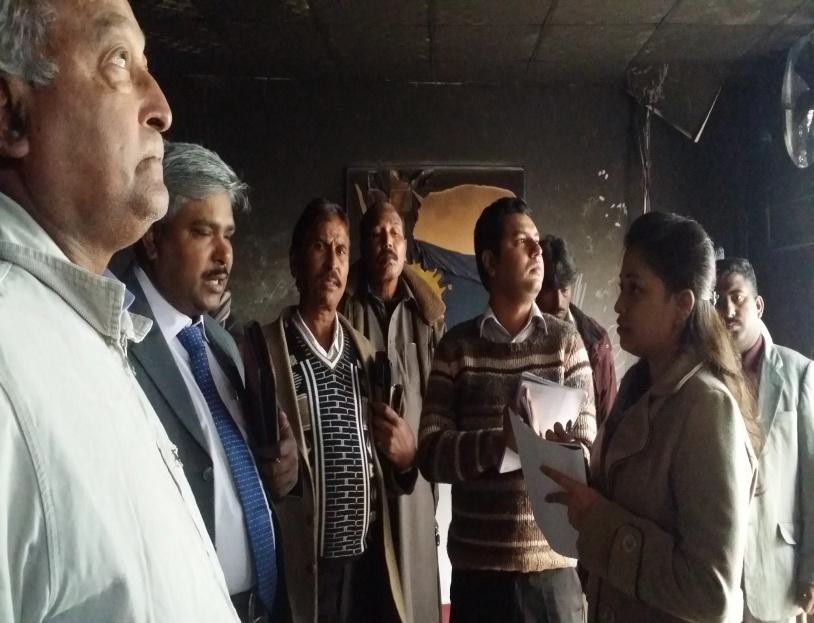 According to Elder Shah Masih he joined the Church since 1996. On the incident night as everyone sleeping, he heard noise in the street, when he came out he saw the Church setting on fire. He joined the people, already busy in blowing out the fire. He further said that it is very strange that we faced this loss as they have good terms with Muslim locals. He mentioned that Christian and Muslims living peacefully about thirty years ago but they can’t understand who did this mischief. Local Christians and the Pastor informed CLAAS that the chemical was used to give fire to the Church as there were some marks on the walls of liquid used. 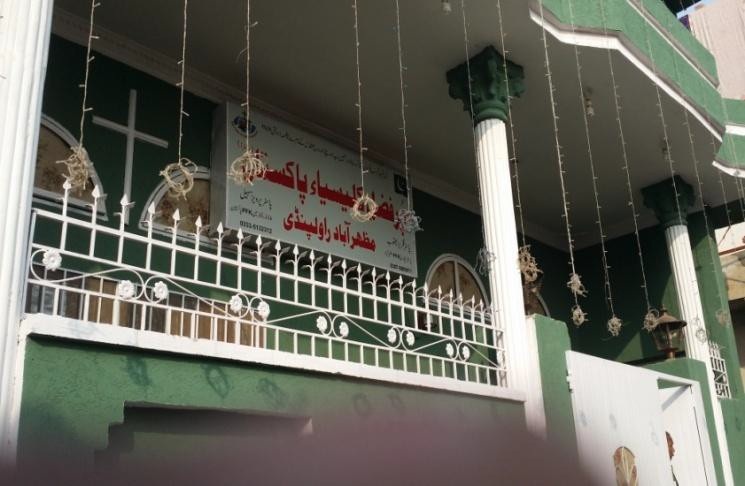 He serves the Church for last five years and the area is peaceful as they were not on any kind of threats. He shared his views with CLAAS that police is not cooperative and delaying the case FIR as the police want to convert the case into an accident case. He further shared that Mazhar Abad comes in the political area of Ch. Nisar Interior Minister of Punjab, but he did not visited the church for any single time. Media was bound to not cover the incident to keep the issue quite. But the concerned police gave the news in the newspaper that due to the short circuit which is still need to verify by the chemical examine of the Forensic Lab Report.

He is serving the church as security guard since 2007 and never noticed any suspicious person coming around. He further shared that after every prayer he used to put all the switches off in the church therefore there was not any chance for short circuit.

CLAAS team managed to visit the concerned police station but could not meet any officer regarding the investigation of the said case. Mr. Francis was able to talk to the SHO over telephone and asked to pay attention to the case and also asked for the registration of the case FIR. SHO politely informed that the local police was appointed by the government for the search operations in Islamabad (to identify people) therefore they could not deal the case properly. He further informed that the samples from the Church has been sent to the Lahore Forensic Lab for examine the cause of fire in the church. He promised to get registered the case FIR within a day or two as soon as the report comes.