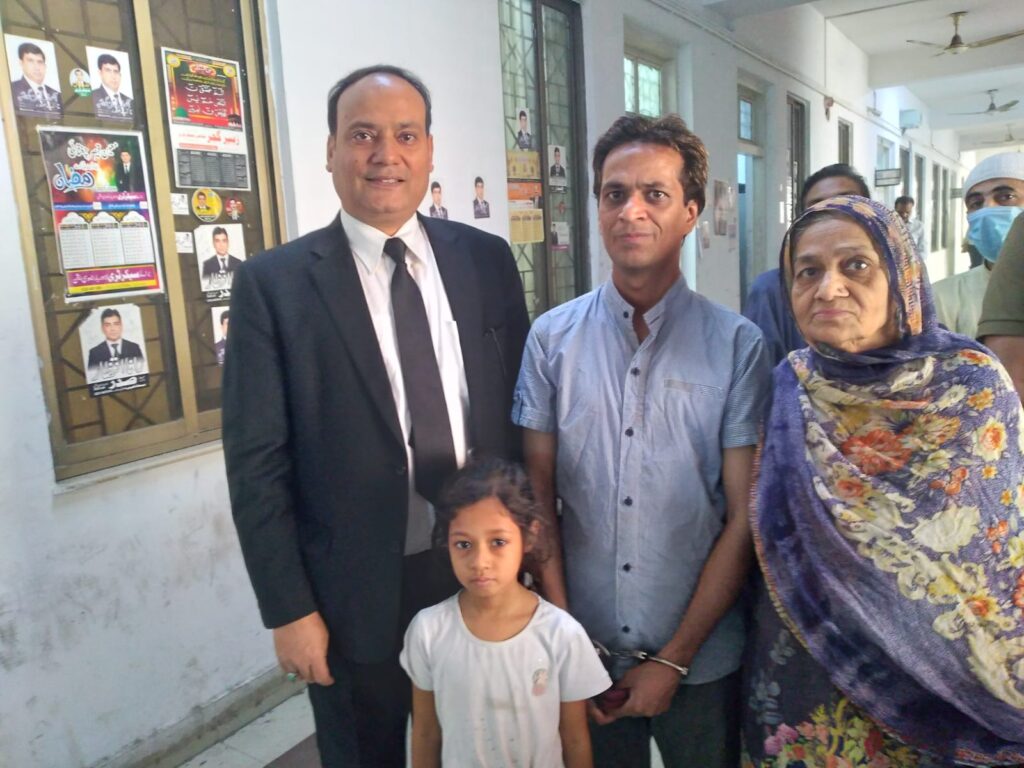 Sheraz Ahmed Khan was confined in jail since 2013 under a blasphemy accusation; his case was under trial proceeding in the sessions court Lahore.

CLAAS provided legal assistance to him and on October 31, 2022, he was acquitted by the trial court.

Brief Facts of the case:

On February 10, 2022, Hameeda Bibi (67) wife of Abdul Ghaffar Khan approached CLAAS office for legal assistance regarding her son Sheraz Ahmed Khan who is confined in Camp Jail Lahore since 2013 under the charge of blasphemy accusation. His case was under trial proceedings since 2014 (09 years) and has not been decided yet.  CLAAS provided legal assistance to Sheraz Ahmed Khan in the trial court and he was acquitted on October 31, 2022, by the trial court of Mr. Khalid Wazir Additional Sessions Judge, Lahore. After his acquittal, on November 07, 2022 Sheraz visited the CLAAS office and shared the facts and background of the incident.

40 years old Sheraz Ahmad Khan was arrested in the case of blasphemy on November 6, 2013. On the complaint of Rohail son of Rehman the case was registered against him at Qila Gujjar Singh Police Station, Lahore on November 04, 2013, according to the FIR No.922/13, offence under section 295-B, 295-C of the Pakistan Penal Code & 25-D Telegraph Act 1885.

While sharing his suffering, he told that he had a group of childhood friends with whom he used to have conference calls in which girls were also included along with Sheraz’s girlfriend.

His friends asked him for his girlfriend’s number but when he refused to pass it, they found another way which was to use his number’s duplicate sim. When Sheraz came to know about that, he also did same with his friends. He informed his friend’s family members about the oppression taken place against Sheraz.

For two years from 2011 to 2013 these kinds of fights used to take place. Two of the major conflicts took place one near MAO College and second one were in Anarkali Lahore. In 2013 Sheraz was kidnaped on gun point and taken to Shahdra. The people who were included in the kidnaping are Awais Jamshaid, Ozi Butt, Nadeem Butt, and Umair Jamshaid. They snatched his phone and sent degrading messages to themselves. They also did same in chat room using his number.

Sheraz was not aware about the planning and while he was detained, he called on 15 from another mobile number and informed the police that he was kidnapped by his friend.  There were 4 men who kidnapped Shahraz. Two of them were escaped. They used to pay at police station in order to keep save them from kidnapping allegation. Shahraz was a Pathan by cast and he was bullied by them.

Meanwhile the matter was resolved and police did not register any FIR against his friends or kidnappers.

Sheraz’s friends kept grudge against him and also threatened his for sending him to the jail. Conflict started in 2011 and is ended with arrest of Sheraz in 2013 after blasphemy allegation. 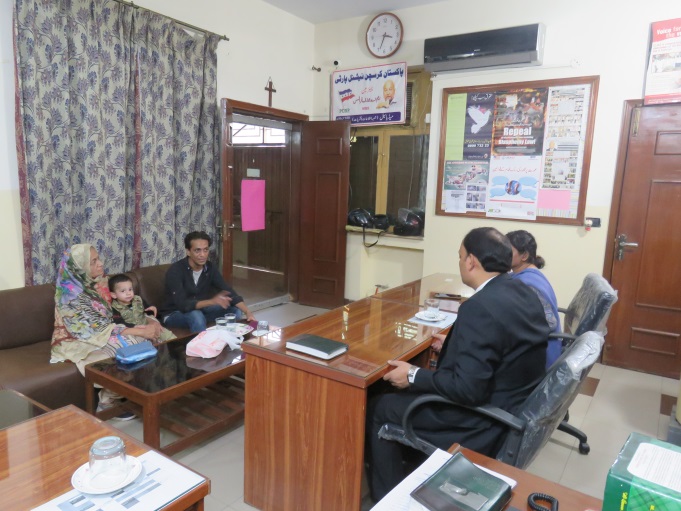 According to Shahraz the purpose of delay was due to the statement of Judge who once said in the court hearing that it takes 10-20 years for a case to be resolved.

At that time he did not take it seriously and asked Judge to decide his case as soon as possible. But now he realized that these types of cases are not decided on early disposal. He shared his sufferings in which he told how he was kept in jail with mentally unstable people. He further added that he faced many hardships during his confinement and he realized that all blasphemy cases are not based on truth but the people are misusing this law against their enemies on the basis of revenge.