Suleman Hadayat 14 hanged after murder on May 8, 2016 at village Chehl Kalan Gujranwala 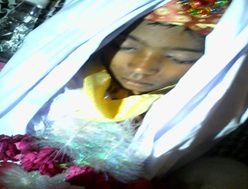 Suleman Hadayat 14, a Christian boy’s dead body found hanged at a stable on May 8, 2016 at Noorpur Chehl Kalan Qila Didar Singh Gujranwala. Suleman worked in the stable to look after the horses. The stable was owned by Aurangzaib Bashir, Humayun Bashir & Jahangir Bashir (three brothers). After the incident Hadayat Masih, father of Suleman registered an FIR No. 191/16 against an Aurangzaib Bashir, Jahangir Bashir & Humayun Bashir. 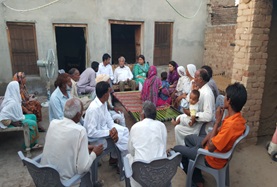 CLAAS team visited Suelman’s house and met his family. Suelman’s father worked as sweeper in army at Azad Kashmir whereas mother is housewife. Suelman was the elder son of the family and had two sisters and two brothers.

Suleman’s father Hadayat Masih shared that he wanted his son to learn some work so he can also support financially to the family. He shared that he trusted Auragngzaib that he teach skills to his son so he will work independently in future. He further shared that Suleman was hard worker & dedicated to his work that he lived day & night at his workplace (stable). But in return of that he was not paid according to his services. They had contract with Suleman to tame the horses and made them dance in the weddings on drum beats (tradition in Pakistan). 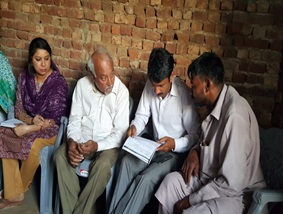 Hadayat further shared that Suelman was missing a week before his murder. Aurangzaib informed Hadayat Masih that his son was not present at work. Aurangzaib & Hadayat searched for Suleman for one week but all in vain. However after a week on May 7, 2016 Aurangzaib said that they had a clue of Suleman, on knowing this Hadayat & Aurangzaib they went to Alam Chowk 20 K.M away from his house and found Suleman there. They took Suleman at home to meet with mother & family who were worried on his missing news. Suleman stayed at home for one hour but Aurangzaib was with him all the time. Therefore Suleman had not shared any reason for his missing period. Afterwards Aurangzaib took Suelman with him at his workplace.

Hadayat said that next morning on May 8, 2016 Hadayat was passing nearby his son workplace and heard a scream from stable. He saw Aurangzaib, Jhangir & Humayun walking out from stable. Hadayat went inside the stable and saw Suleman body hanging with ceiling. He made a call to police and informed about the incident and in result of that Aurangzaib, Jhangir & Humayun ran away from the place of occurrence. Police came and after investigation sent the body for postmortem in Civil Hospital Gujranwala. After postmortem body was handed over to family for funeral ceremony and later Hadayat Masih registered an FIR No. 191/16 and offence under section 302 PPC against three accused persons Aurangzaib Bashir, Humayun Bashir & Jahangir Bashir. Police has arrested two persons for investigation; Aurangzaib & Khuram whereas Humayun & Jahangir were on in-term bails. 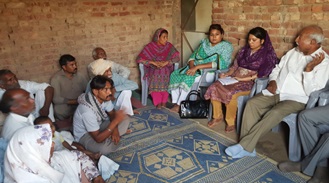 Suleman’s mother Khalida shared that she was very much attached with Suleman. She shared that Suleman worked without monthly salary he just received RS. 500/- on every wedding function. If he had some problem in life he would surely share with her. Culprits had killed her son who was her hope for future. 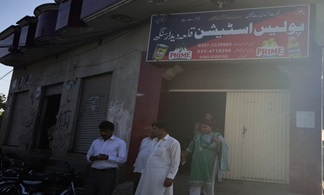 Police officer. He shared his investigation that Suleman worked in stable and give food to the horses. One day while feeding horses he wasted some hay (horses food), Aurangzaib became aggressive and slapped Suleman in result of that he fallen down and received a severe injury on head and died on spot. Later they hang Suleman to pretend suicide instead of murder. Police reached on the place of occurrence and after investigation sent his body for postmortem.  Police arrested Aurangzaib Bashir, Khuram Baig for investigation and Jahangir & Humayum are on in-term bail. 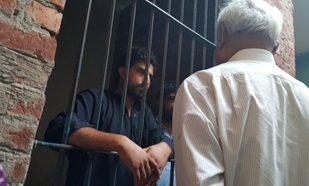 CLAAS team met Aurangzaib and Khuram in the lock-up and asked their views. They both shared that Suleman had committed suicide, it was not assassination. They further shared that Suleman was like a son to them they take care of his food, health & accommodation. They also give him money to fulfill the family needs.  Suleman was mainly responsible to tame the horses and made them dance in the weddings on drum beats. Suelman received money after wedding function. Accused shared that they are innocent and police has arrested them for investigation. 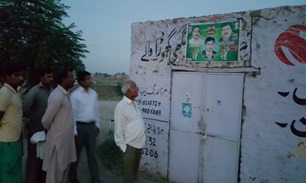 Mr. M.A Joseph Francis, Sobia John, Sohail Habel, Shagufta Nazir & Advocate Kamran Yousaf visited the place of occurrence where Suleman’s body was found hanged. Team observed the stable and found that Suleman cannot hang himself for the purpose of suicide. As someone’s hanged his body on ceiling which was very high.  While having conversion with local people they shared that nominated persons in FIR had criminal record in past and they are influential financially and politically. In the postmortem report it has scar on neck and head, and doctors further recommended DNA report because it might be sodomy. 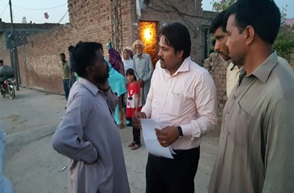 On the request of family CLAAS has taken up Suleman’s case in Court and committed to provide free legal aid in this matter. CLAAS Lawyer Kamran Yousaf has moved an application for the bails cancelation of the accused on May 17, 2016.  The next date for the proceedings will be May 23, 2016.