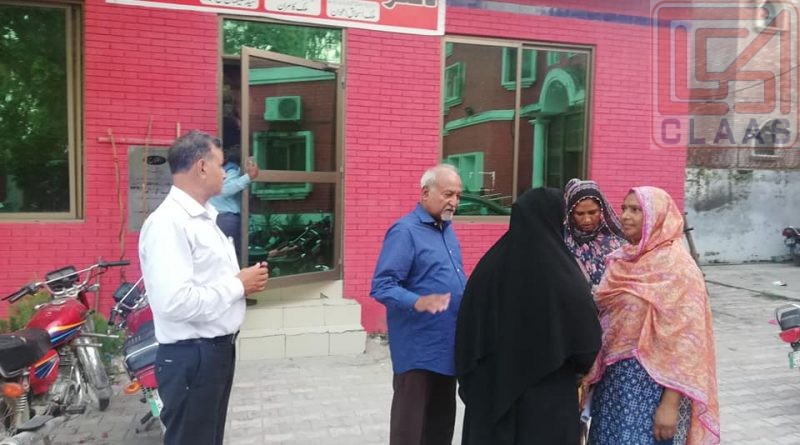 On August 15, 2019 one Maskeen Khan s/o Sher Khan, Cast Phatan resident of Sawat at about 3:00 AM committed an occurrence (robbery) in the house of Bahadar Masih s/o Inayat Masih resident of Mughal Colony Gujrat and subsequently caught hold and handed over his custody to SHO Police Station Civil Line Gujrat. Against the occurrence committed by said Maskeen Khan a criminal case FIR No. 497/2019 dated August 15th 2019, offence under section 392/393/ 394 of the Pakistan Penal Code was registered at Police Station Civil Line District Gujrat. Copy of FIR is attached with the application. 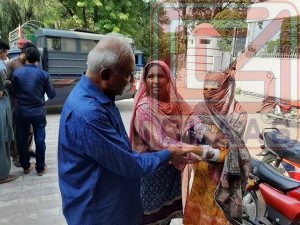 CLAAS was informed about the incident of Gujrat on August 21, 2019 as Christians of this locality were frightened as Maskeen Khan belongs from Sawat and his cast was Phatan. He was staying in Gujrat due to his job as he was working on a small Tikashop as waiter. Phatan community pressurized to the local police to get favorable result in the investigation. The sense of insecurity increased among the local Christian of Mughal Colony Gujrat and they were helpless and they approached CLAAS office for legal assistance. On August 22nd 2019 CLAAS National Director Mr. M.A. Joseph Francis MBE along with CLAAS team members went to District Gujrat for fact finding of an incident occurred on August 15th 2019. 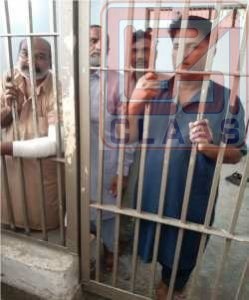 CLAAS team had a meeting with the arrested persons who are confined in the jail and collected the facts from them. According to the facts narrated by Bahadar Masih that a Muslim man named Maskeen Khan was entered in his house for robbery at about 3: 00 am (midnight August 14th 2019). Bahadar Masih and his two daughters named Rakhal and Arzoo got injured while they were trying to stop him for robbery and he attacked on them with his knife. They started shouting for help and their neighbors intervened and rescued them from Maskeen. Maskeen tried to escape away but people caught him. After that one of them called to the local police on 15 (police emergency helpline) and hold him till police arrived. They also beat him but he did not sustain injury. The police reached at the place of incident after one hour and took Maskeen at DHQ hospital and also Bahadar Masih and his daughters for medical examination. After that in the same night police registered a case FIR No. 497/19, offence under section 392/393/394 of the Pakistan Penal Code at Civil Line Police Station Gujrat against Maskeen Khan on the complaint of Bahadar Masih. After registration of FIR police locked him up in the police lockup. On next day during police custody Maskeen Khan died. After his postmortem police handed over his dead body to his family and his family took his dead body at his hometown Sawat District Malakand Province Khyber Pakhtunkhwa. Maskenn’s family blamed that he was murdered by the Christians. On the application of Muhammad Hanief (deceased’s cousin) police registered cross version under section 302/ 148/149 of the Pakistan Penal Code against four Christians and one Muslim. Police arrested Bahadar Masih, his cousin Sajid Masih, Sulman s/o Bahadar Masih, Nadeem Masih (neighbor) and a local Muslim Nazar and confined them in police lockup. 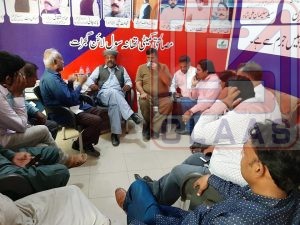 The police also demanded to produce the injured girls for interrogation and for their statements. Further the matter was under police investigation and accused were in police custody on physical remand when CLAAS team visited them. Mr. Joseph Francis National  Director CLAAS and legal Advisor Mr. Akhtar Masih Sandhu had a meeting with the concerned police officials i.e. Superintendent of Police (SP), Station House Officer (SHO) and Investigation Officer (IO) Gujrat regarding the investigation of this case and demand for fair investigation and justice as Maskeen died in the police custody. According to the police Maskeen Khan felt pain in his heart and police took him to hospital for treatment, during treatment in hospital he died. The cause of death is still awaited and police is waiting for his postmortem report. CLAAS team also had a meeting with the members of local union counsel and also met reconciliation committee for assurance to maintain peace and harmony in the locality as police got remand of five arrested persons and investigating the matter whereas Maskeen Khan died during police custody.

Background of the incident narrated by an eye witness: 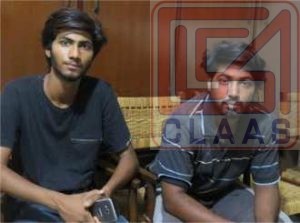 According to the facts narrated by Jamshaid Nadem who is eye witness of this case that on 15th August 2019 a Muslim named Maskeen khan entered in the house of his neighbor Bahadar Masih for robbery. Bahadar Masih and his family members were shouting for help. Jamshid and his father Nadeem immediately reached at his home and found that Maskeen Khan beating them. Meanwhile other neighbors also reached at the place of incident. The local people tried to protect the effected family from his beating. Maskeen tried to escape but caught by the locals and they started to beat him. Jamshid’s father called to the police and also called to ambulance for rescuing the injured people. After one hour police reached at place of incident and took all of them for medical treatment at Aziz Bhatti Government Hospital. Maskeen was not injured but police also took him for medical. The hospital was closed due to Eid holidays; staff gave first aid to the injured persons and asked them to come next day for treatment. Bahadar’s family came at home while Maskeen was in the police custody as he was not injured therefore police locked him up in the police station for whole night. Next day he died and police called to Nadeem, Bahadar and Sajid for integration. Police confined them in the police station and later on also arrested Bahadar’s son and a local Muslim Nazar. The sense of insecurity increased among the local Christian of Mughal Colony Gujrat due to the pressure of Muslims fanatics who are demanding for arrest of all who were gathered at the time of incident. Therefore on August 21st Awais and Jamsid sons of Nadeem approached CLAAS office for help. They were not staying at home and are living in hide as deceased’s family members along with MPA and other Phatan community reached at Gujarat from Sawat and started to harassing Christians of Mughal Colony. Maskeen was staying in Gujrat locality for a long time and he was familiar with Bahadar’s family. After the incident the matter was highlighted on media and the local media reported against Christian. 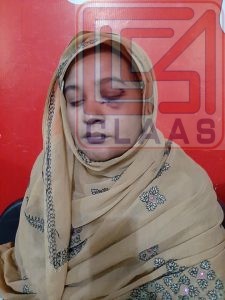 Bahadar’s wife Meena passed away seven month ago (January 2019) due to illness. Bahadar has six daughters and one son. One daughter is married and remaining children are living in their own home with Bahadar. Rakhal (24) passed graduation and is a teacher by profession. Arzoo Pinky (19) is a student of 1st year and both are injured. Badhar’s family is also taking shelter to other homes and Sajid’s family also not safe. Rakhal and Arzoo are accommodated in Apna Ghar rehabilitation centre Apna Ghar.  CLAAS provided medical treatment to Rakhal.

On August 27th 2019 CLAAS lawyer appeared to contest the remand in the court of Judicial Magistrate on behalf of Badhadar Masih, Nadeem Masih, Sulman Masih, Sajid Masih and Nazar Muhammad who were arrested in this case and are confined in District Jail Gujrat. CLAAS moved their post-arrest bails in the court of Sessions Judge Gujrat on September 13, 2019. After three courts’ hearing the concerned court ordered to CLAAS lawyer move their bails in Anti-Terrorist Court Gujrat as the Investigation Officer inserted Anti- Terrorism section in this case due to which post-arrest bail petition does not come under the jurisdiction of Sessions Court. The bails were withdrawn by CLAAS and filed in Anti-Terrorist Court Gujrat on October 7, 2019, the bails were pending for arguments. Today i.e. October 18, 2019 CLAAS’ arguments were heard in the court of Mr. Muhammad Sabbir Anti-Terrorism Court Gujrat on post arrest bail of Suleman and Sajid. During the arguments request of adjournment was laid by the complainant party upon which the concerned Judge turn down the request of complainant side CLAAS lawyers completed their arguments now the case is pending for arguments from complainant side on October 23, 2019 and still is pending. A panel of CLAAS lawyers Mr. Tahir Bashir, Mr. Akhtar Masih, Mr. Nasir Anjum and Ms. Ayesha Bhatti appeared in the court on every date of hearing along with CLAAS National Director Mr. Joseph Francis. a present in the court on every date of hearing.