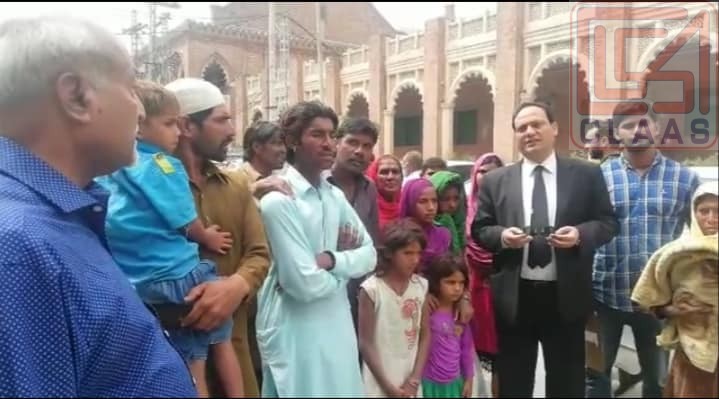 CLAAS succeeded to get released 21 persons including women and children from illegal detention of Arif Warrich (brick kiln owner) and his companions. All the victims were confined at two brick kilns at District Gujar Khan.

On 17-06-2019 a Bailiff was deputed by the Lahore High court to recover these victims and produce them in the court on 18-06-2019. High Court passed an order to set all the detainees at liberty. 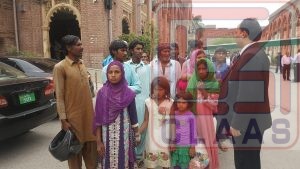 21 bonded labourers have been recovered from a brick kiln in Mandra District Gujjar Khan, following a writ petition filed by CLAAS on June 18, 2019.  On June 11, 2019 CLAAS received a complaint from Atif Ali, resident of Mandra District Gujjar Khan that his owner beat him severely as he was ill and unable to work at brick kiln after Eid holidays. The owner detained them workers at brick kiln for the last one year for Rs. 35, 00000/. CLAAS filed an application on June 12, 2019 before the Lahore High Court Lahore for granting permission to habeas petition at principal seat at Lahore. The concerned court deputed court bailiff for the recovery of detainees and directed to produce all 21 workers before the court on June 18, 2019. CLAAS representatives along with court bailiff went to Gujjar Khan and recovered the detainees (10 children including a new born baby Neha is only 17 days old and 11 adults). This was done today and the bonded labourers released on the direction of Lahore High Lahore. 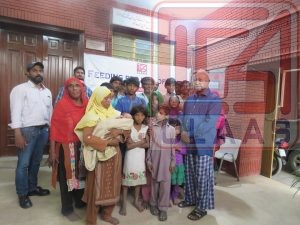