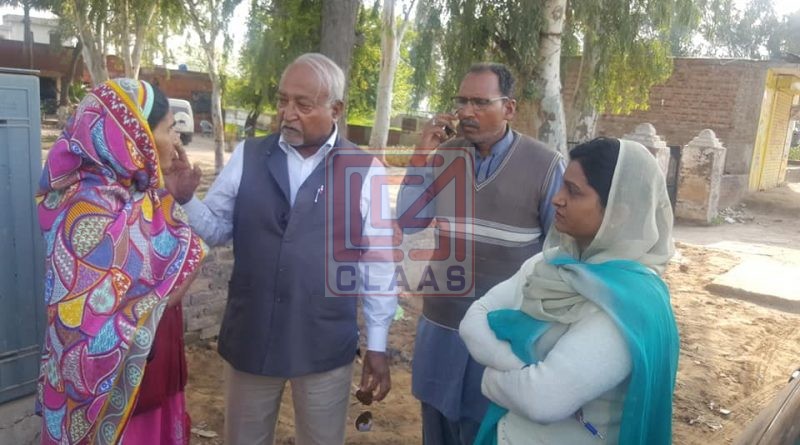 On March 11, 2019, a case FIR (First Information Report) No. 68/19 is lodged at Badiana police station, Tehsil Pasrur, District Sialkot on the complaint  of a local cleric Hafiz Muhammad Mudassar under section 295-C of the Pakistan Penal Code, against Stephen Masih, a Christian by faith, resident of Imran Pura, Badiana village, Tehsil Pasrur, District Sialkot. According to the FIR, two Muslims named Muhammad Rafique and Muhammad Imran, resident of the same locality, informed Muhmamad Mudassar that one Stephen Masih passed derogatory remarks against the Holy Prophet Muhammad (PBUH) in their presence and they tried to stop him but Stephen did not act upon.

The local Bishop of Sialkot Diocese (Church of Pakistan) named Rt. Rev Alwin John Samuel informed CLAAS about this incident on March 13, 2019. The news was also published on 13 March 2019 in Dawan Newspaper.

After knowing about this incident, CLAAS team headed by Mr. Joseph Francis MBE, National Director visited Sialkot to get the actual fact behind of this incident. CLAAS team met with the effected family members and also visited the concerned police station. 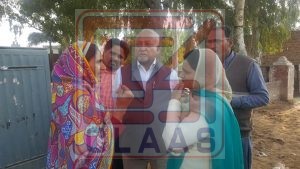 Alia (40) is married and has five children. Her husband is working in a school at District Jhelum and she is staying at her mother’s house at District Sialkot. Her mother Fatima (65) is seriously ill with multiple diseases for the last six years and is a bed patient. Her elder brother Francis Khokhar is married and living in a separate home in another area at Daska. Stephen is 38 years old and is unmarried, staying with her sister Alia and her mother at Imran Pura Badiana Village District Sialkot. According to her Stephen is mentally disabled. He was student of 5th grade, when he became sick with typhoid fever and as per doctor’s opinion, he became mentally retarded. Stephen dropped his studies due to illness, and with the passage of time, family noticed his behavioral change. Subsequently about 12 years ago,  they  had  medical  checkup  from  Civil  Hospital  and  his  doctor  declared  him  mentally

disabled but they do not have medical report. Further due to poor financial circumstance his family did not provide him medical treatment. In 1996, Alia’s father, Mughal Masih expired and mother was not ready to leave Stephen alone in any mental hospital. The family compromised with the circumstance and did not get proper medical treatment to control his fits due to which Stephen remained in this severe aliment.

Stephen used to live at home as he is not able to do any job. Because of mental sickness he used filthy language against his mother and sister and often quarreled with them. The people of the locality were aware about his attitude and many of them tried to stop him on his misbehave. On March 10th 2019, in the evening Stephen pushed down his mother on earth and started abusing Alia and mother. One of the Muslim neighbors female who was standing on her roof, asked him why he mistreating with his mother and sister upon which Stephen started arguing with her as he was out of his senses.

Next day in the morning, Alia went to Church for prayer and in her absence Stephen had quarrel with Hafiz Muhammad Mudassar’s wife (complainant of the FIR). Someone from the locality informed Alia about the quarrel between Stephen and Mudassar’s wife. Alia immediately rushed towards home. Mudassar’s wife shouted with Stephen and she said that she will be complaining against him in the police station and police will arrest him as he often used filthy language against the local women and gave abuses to them.

Alia tried to resolve the matter and she called a local Christian Kaleem Masih who mostly handled Stephen in his hyper condition as Stephen always obeyed him. Kaleem Masih came at their home and stopped Stephen for his misbehavior. After that Stephen stayed at home and Kaleem Masih left to his home.

Alia further added that on the same day a Muslim female named Zeenat while being collusive with the complaint’s wife came at her home and said to Stephen that she will be complaining against him in the police station and police will arrest him as Stephen used filthy language against the women. In the meanwhile suddenly few Muslims male gathered outside Alia’s home and pulled Stephen out of his house and started beating him brutally. They were seven or eight in numbers and Alia tried to stop them but failed. The invaders were increasing within minutes and they pulled and beat Stephen. Unexpectedly Muslim clerics of the locality reached there and became the part of this torture. Alia begged for Stephen’ life but no one took pity on her request. Someone called to the local police and local police reached immediately. The police took Stephen with them where the police just to fulfill the evil desire of the complainant lodged a false case under section 295- C PPC against Stephen. Alia went to police station and to see her brother where she came to know about the FIR. The news of blasphemy spread among the people like wild fire and to keep the situation calm the high police officials including District Police Officer (DPO) reached there to handle the matter as 400 to 500 Christians are living there among 3000 Muslims.

Alia declared that Stephen only shouted and used filthy language against the local ladies but he did not utter any derogatory remarks against the Holy Prophet Muhammad (PBUH).

She further stated that they were living among the Muslim community peacefully for the last 30 to 35 years and no religious issue was happened ever. But now it is first time they are scare for their lives due to false blasphemy accusation. She further added that in 2015 her family had some dispute with Christian neighbor namely Shan Masih and matter was went to the court and subsequently resolved in 2016. She said that there is quite apprehension that the motive behind the blasphemy case is relates to the quarrel with Shan. It seems Shan has joined hands with the complaint of blasphemy case in a clandestine manner.

CLAAS team met with Francis Mughal, Stephen’s elder brother at Daska a place faraway 25 Miles from the place of incident. Francis is living with his wife and four children at Daska. On the day of incident i.e. March 11, 2019 he was not present there. After incident he was informed by his sister Alia that Stephen was beaten up by the local Muslims and then they took him to the police station. 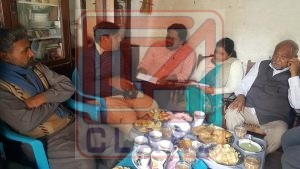 Francis shared that his sister Alia is staying with her mother and he supported them financially. He described about Stephen’s medical condition in detail and confirmed about his mental disability. He narrated in his statement that in 2015 they had some dispute with their Christian neighbor named Shan Masih. Shan Masih kept pigeons at the roof of his home and often quarrel was take place between Shan and Francis’s family. Due to pigeons once a small argument turned into huge fight between Alia and Shan. Shan throw Alia and Stephen from the roof. Both were injured badly

and fractured. They were in hospital and Francis was only who look after them. He tried to lodge FIR against Shan but the concerned Investigation officer and other police officials did not support him at that time. Somehow he was succeeded to lodge FIR against Shan. Shan involved local Christians and Muslims in this matter to avoid court procedure. At that time Hafiz Muhammad Mudassar supported Shan and he tried to compromise between them but Francis did not agreed. The matter was remained under proceeding till one year and after one year Francis compromised due to the intervention of local Muslims and Christians. Shan paid compensation to Francis and his family and the matter was resolved in January 2016. Interestingly it came into the knowledge of CLAAS team by Francis that Ashraf Sandhu Sub Inspector (SI) namely was the investigator of the case lodged by Francis. Muhammad Ashraf SI was not ready to lodge FIR against Shan moreover was favoring to the accused party upon

which Francis gave two application against Muhammad Ashraf to his high ups. This Muhammad Ashraf is also involved in the present case of blasphemy and is giving to the complaint party. 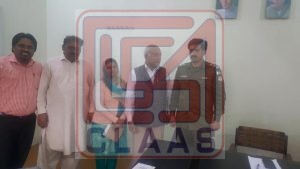 CLAAS also visited the concerned police station Badiana Village District Sialkot and met with the concerned Ashraf Sandhu Sub Inspector (SI) who was initially investigated this matter. Later the case was file was sent to the Superintendent of Police (SP) as under section 156- A Cr.PC no police officer below the rank of SP shall navigate the matter under section 295-C of PPC.

The concerned SHO and IO assured that Christian are save there and the situation is under control. Christians have been living peacefully for last many years in the village and no incident of such like nature was accrued ever in the past. 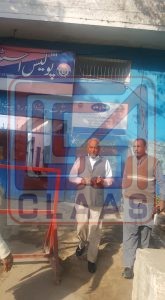 CLAAS tried to meet the SP at Gujarat but failed due to his unavailability so the CLAAS has decided to revisit the office of SP to inquire about the latest position of investigation. CLAAS will also request to the SP for medical examination of Stephen just to find out the mental condition regarding his ailment.

CLAAS is in touch with the effected family and the local members of minority welfare foundation who are up-dating CLAAS regarding the current situation of the area after the incident. The all members and family was scared and did not want to follow-up Stephen’s case openly. CLAAS assured them for legal support to Stephen and CLAAS is ready to handle any worst situation. CLAAS also supported Francis and Aila financially. Right now the situation is under controlled.