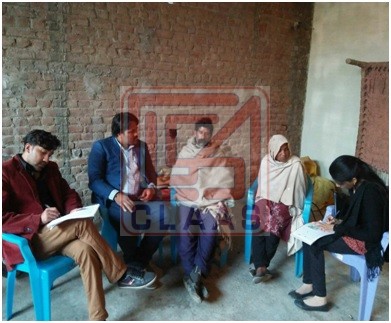 Saira, a 13 year old Christian girl was raped by a Muslim Amir Zaman. According to the facts the accused Amir committed rape with Saira in the fields on January 14, 2018 in village Kot Waris near District Gujranwala. After the incident on the complaint of Afzal Masih a criminal case FIR no. 12/18, offence under section 376 of the Pakistan Penal Code (PPC) was registered against the accused in the police station Sadar Wazirabad, District Gujranwala. Further medico examination the rape was confirmed. The concerned police arrested the accused on the same day.

CLAAS team comprising Mr. Sohail Habel, Mr. Danish George and Ms. Aynas Anwar visited the victim family at their house in village Kot Waris, District Gujranwala and also went to the Police Station Saddar Wazirabad to gather facts and collected FIR. According to Adnan Shahzad Sub-Inspector (SI), Amir Zaman was on remand and being interrogated and would later be sent to prison. 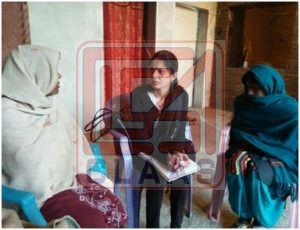 Afzal Masih (Saira’s father) has been living in that rural area since past 20-25 years and working on the farmhouse of a landlord named Chaudhry Ishtiaq Ahmed. He has 07 children, all working as day laborers while Saira helped him at work. On January 14, 2018 Afzal Masih was busy in arrangements for Chaudhry Ishtiaq’s son’s marriage ceremony while Saira went to work with her little cousin. When Saira reached at the farmhouse Amir noticed that the minor girls were not accompanied by any adult family member that day. Taking advantage of the situation, Amir lured both girls inside the stable and started beating them up. He then tied Saira’s cousin to a pillar using both their scarves and then forcibly took Saira in the nearby fields where he viciously raped her. When the girls did not return home after some time, Saira’s family went to look for them. They reached the farmhouse and found her little cousin tied up and upon inquiring she told them what had happened. Then they searched for Saira and heard her shouting for help in the fields while Amir Zaman slipped from the scene when he saw her father approaching. Then they took Saira to a nearby hospital and later brought her to Lahore for a DNA test. 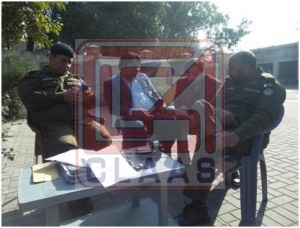 Amir Zaman was recently hired by the landlord to work at his farmhouse along with another man named Ali. The landlord, when told about the whole incident made efforts to have Amir arrested. Afzal Masih told that though they are the religious minority in the village his neighbors stand with him in solidarity. The same day after the registration of FIR the concerned police arrested Amir Zaman (accused) a 28 year old and after interrogation police got his remand.